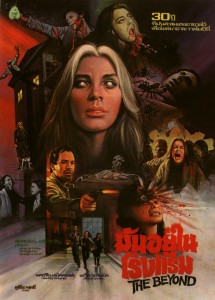 Considering the upcoming release of Fear the Walking Dead, it seems like the latest zombie craze is only getting started.

But what do you do when you’ve already seen all the zombie films you’ve ever heard of? Obviously, find more!

Here’s a quick retrospective on a few zombie films that, for one reason or another, have slipped through the cracks of popular culture but still have quite a bit to offer to the genre.

Coming at the beginning of the era marked by Romero’s Night of the Living Dead, Let Sleeping Corpses Lie was an experimental film that started to push the bounds of what the genre could be.

From the cinematography to the characterization and actually giving an explanation for the sudden rise of the zombies, not to mention these zombies can only be destroyed by fire, this movie started to shift the focus even further onto the survivors and question human nature in comparison to the undead hordes.

It was also incredibly gory, very atmospheric, and took itself seriously enough to hire talented people to fill the roles, a rarity at the time.

From Italian master of gore Lucio Fulci, Zombi 2 was a standout in both the zombie and splatter genres. Intentionally named to pretend it was a sequel to Zombi (the Italian name for Night of the Living Dead), it is actually completely unrelated to that film.

Instead, this romp starts with a seemingly abandoned yacht drifting into New York harbor that carries a curse which brings Anne Bowles and Peter West to the infested island of Matool.

Known for its prolonged scenes of cannibalism, eye-gouging, and gut wrenching, it was condemned heavily for its violence and gore on release, especially by the British government.

Another offering from Fulci, in this case the second in his famed Gates of Hell trilogy, The Beyond was originally heavily censored when it arrived in America in 1983. That’s because it is easily one of the most gory zombie films to date, with makeup effects ranging from laughable to blood curdling.

Starting with the lynching of a suspected warlock in 1927 Louisiana, The Beyond actually takes place decades later depicting the consequences of that act, allowing the dead to cross back into life, and come to terrorize hotel owner Liza Merril.

It was the fantastically gory elements of these two films that earned Fulci the well-deserved nickname “Godfather of Gore.”

Bio Zombie is a significant departure from standard zombie storylines, but this Hong Kong horror/comedy also stands out as one of the more creative entries into the genre in a long time.

When lowlife video store employees Woody Invincible and Crazy Bee accidentally kidnap an (infected) agent from a bio-weapons manufacturing company, they unleash a wave of zombie shenanigans upon unwitting shoppers at a local mega-mall.

The powerful bites of these bio-mutated humans serve as a warning, advising us to reexamine our rocky relationship with nuclear power and weaponry (which continues to propagate despite warnings from human rights groups and global clean energy companies) as well as over-processed foods and GMOs.

In fact, it could be said that we’re already surrounded by bio-zombies, albeit ones without cannibalistic inclinations.

Pontypool attempts to take the zombie genre and find a new approach to the infection angle. Rather than being transmitted through bites and scratches, the outbreak is a part of the English language.

It somehow “attached” to certain words and phrases that, when heard, turn the hearer into a mindless creature that can only attack and mumble to themselves. The rules are a bit arbitrary, but it’s an incredibly clever approach to a worn genre trope.

Despite being well within the realm of fiction, these zombie flicks indicate very real (albeit far, far fetched) fears about the future – say we give the “o.k.” for radical experimentation or don’t invest in renewable power sources, we could have a very real Bio Zombies situation on our hands, or we could see some sort of new transmission of a mystery virus like in Pontypool.

These are just a few of the hidden treasure of the zombie genre, all bringing new elements to the mythology while upholding the basic themes that make zombies such a well-loved antagonist.